Coming out of the (Spiritual) Closet 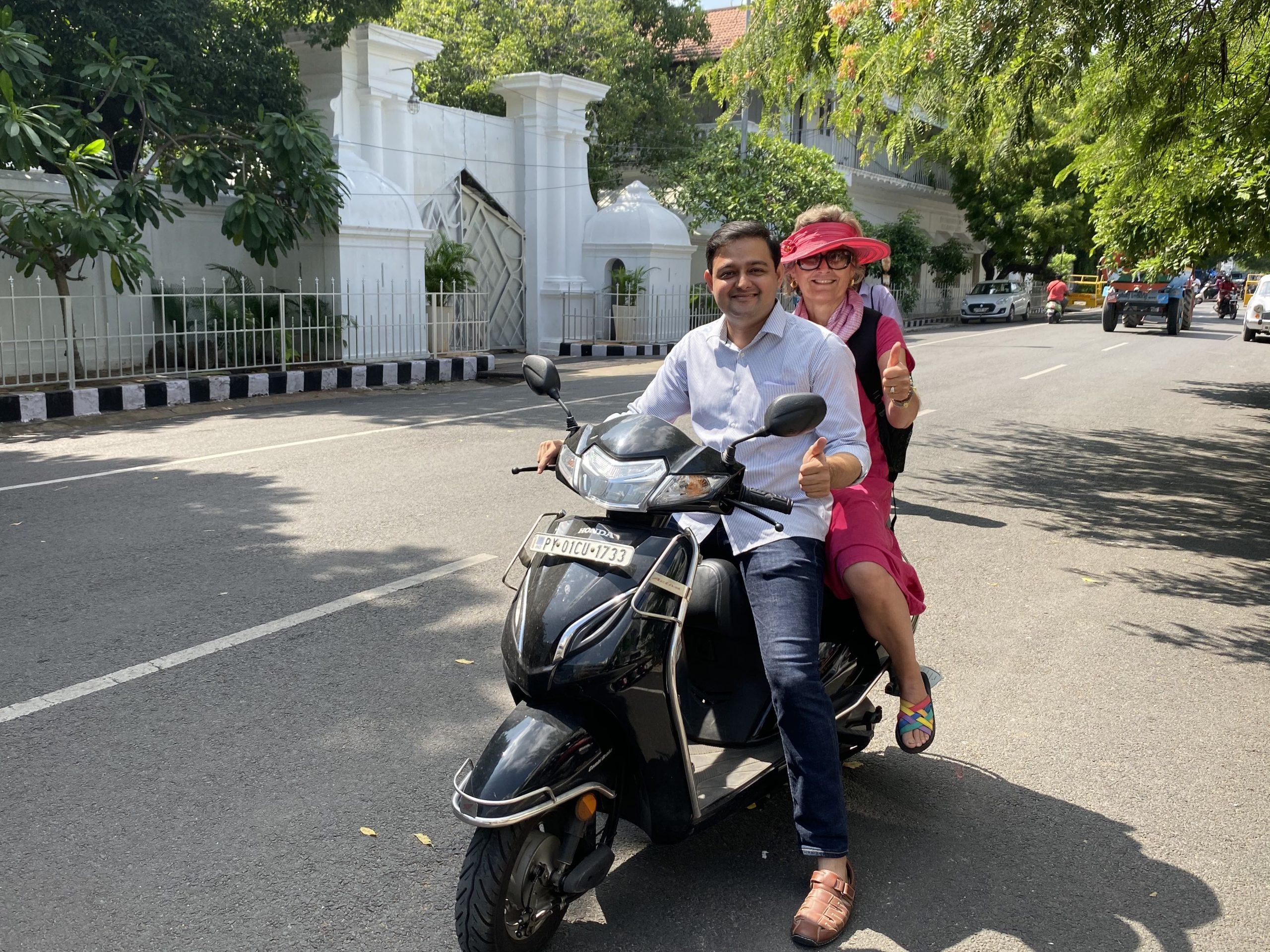 So much has happened since I ejected myself from the high-flying corporate world to humbly riding my scooter in Auroville, my soul home and spiritual community in the south of India. My life has transformed. Was it easy? Not in the least…

I should have felt a sense of freedom when I decided to leave the corporate world – to no longer only consider the material world to be real and of priority, but rather an ‘other dimension’ I was just passing through. However, the transition only seemed to bring me pain. I went through a tough time. I felt rejected and almost dismissed out of the system.

As long as was possible I hid my newly found spiritual interest from my colleagues and friends to avoid losing connections. During business trips, no matter where I was or who I was entertaining (or entertained by), I would excuse myself and return to my room by 10pm (amongst my direct reports it became a cause for amusement!). Sitting in meditation in the most luxurious hotels, my priority for that hour of the day became connecting to and conversing with a force so much greater than myself, and yet an intimate part of myself. I was searching for a meaning to my life, feeling that all that I had accomplished so far was already paling in comparison. Teetering between two very different lives.

I am far from being alone

In 2019, before heading to India, I attended the conference Beyond the Brain in London. Neuroscientist Professor Marjorie Woollacott delivered a speech titled Consciousness and Healing – Experiential Perspectives. It was fascinating to hear her talk on awareness without brain activity. Her story touched me and awakened dormant painful emotions.

I was intrigued by her personal experience of coming to terms with her spirituality, in spite of being a scientist.

Marjorie’s words made me relive my own experience of being a seasoned executive having to admit that I had (suddenly, it seemed!) become ‘spiritually inclined’. Emotionally transported, I could feel the same pain in my heart region as sharply as I did back then. Sitting in that conference room in London I knew that, like Marjorie, I had gone from being a well-fitting peg to feeling completely out-of-sync with society. I questioned my sanity, almost as much as my husband and some friends did!

Professor Marjorie Woollacott used to think that our thoughts, movements and awareness or consciousness are all products of the neurons of our brains. However, she came to adopt an entirely different view, one where ‘the non-physical’ (the spiritual as opposed to the material) forms the basis, rather than the other way around. And with it, she felt the acceptance that her many colleagues had long afforded her dwindle. Marjorie felt that she was being shunned, but continued her research nevertheless as if prompted by that ‘Beyond the Brain’ force.

So what about my own experience? Initially, I felt lonely and sad at being ‘the odd one out’. I felt judged by my luxury hospitality colleagues and unsure of what was coming next. Nowadays, there is a newfound sense of peace in my heart as former colleagues reach out requesting my reassurance – taking their own first steps on the spiritual path – I have accepted that my purpose might just be to act as a bridge between the spiritual and the business communities. 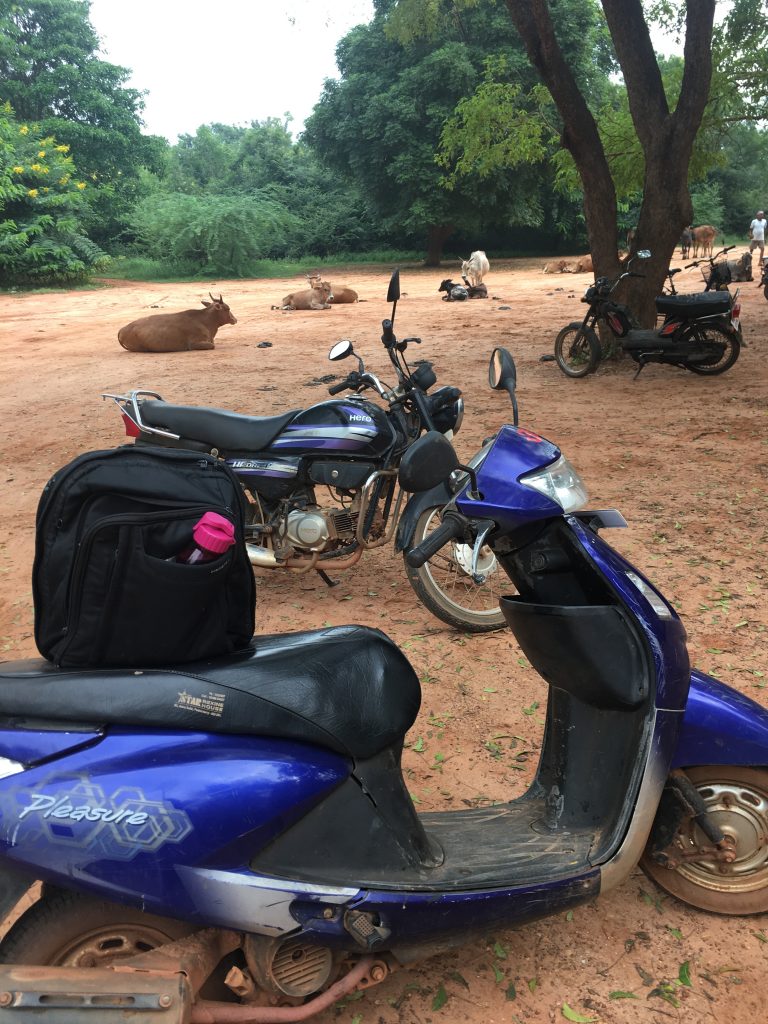 Fresh out of the spiritual closet, I felt extremely vulnerable.

Without any prior experience of low self-esteem, I was suddenly flooded by it. Bewildered, I felt that I was standing all alone in the wilderness. Fast-forward to today and everything has changed. The struggle has been worth it. Especially in Auroville, without the need to pretend that I am merely a body and a brain, I feel free.

If mainstream is the material, then the spiritual is the inner landscape as well as seeing that all is in fact connected; inner-outer, me-the world. Cradled by Auroville and its abundance of soul-warming events and experiences (from free flow dancing, body treatments via sound baths to the OM choir and so much more), I understand that, most importantly, there the spiritual worldview is the mainstream. There, I am accepted as I am. The whole of Auroville is a space free from spiritual closets. 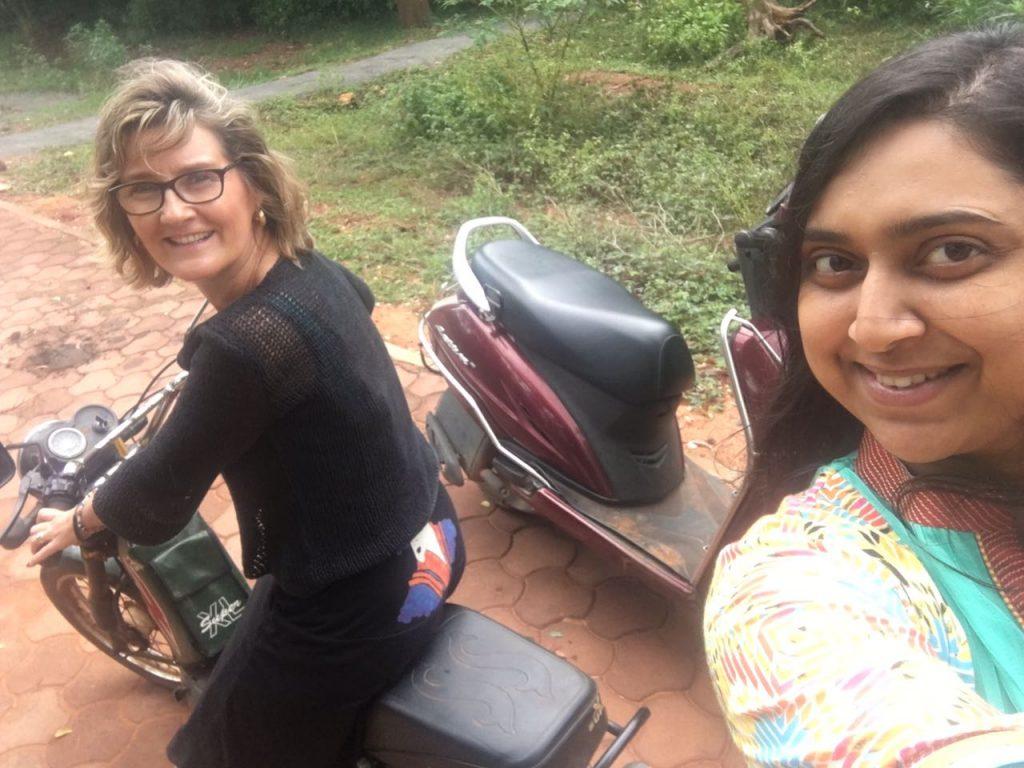 Exploring outside of a self-imposed comfort zone is where the spirit is lifted.

Reflecting on the difference between before and after, I can see that it was mainly meeting a man in the forest named Vijay who catapulted me out of a deep sleep state. How?

He made clear to me that the idea that I had about who I was, was nothing but a bunch of images in my mind, all shaped by conditioning – expectations from my upbringing and what society expects – a kind of follow-the-herd mentality.

Staying in Auroville, I bask in the feeling that life is no longer seen as having a finishing line where the winner is the one with the most success or financial strength. Rather, it is a journey – a journey centred on a continuously opening heart. As I navigate the lush Auroville forest on my scooter, I marvel at the thought that I do not see other people moving around, but rather pure souls.

Whether we know it or not, we are all seekers of happiness, fulfillment, abundance; being it emotional health or physical health. We are all on our way towards a form of freedom. Some are further along on the journey than others. Some are still in the spiritual closet. And others are not even aware that such a thing exists. ALL is fine as it is.

Enjoying the breeze of fresh forest air touching my face, I feel free and connected to the Infinite. With a deeply felt gratitude for all that life has thrown, and keeps throwing in my path, I am proud to have helped birth the 180-degree turn around from my previous goal-oriented way of being.

Everything is continuously changing and I sense that individuals and businesses will increasingly look for guidance as they seek what is “beyond the brain”. They too will feel lost, finding themselves (irrationally!) wanting to “get out of the spiritual closet” or might already be ejected out of it as I have.

As Vijay puts it, “Liberation is not for the self but from the self – not for Claudia but from Claudia”. My rides on my scooter through Auroville continue … living without (self) judgment, to give without expecting, and to open my heart to love for no reason.

Just Breathe is an online magazine by Healing Hotels of the World that was created to change minds, habits and hearts on the most important topics: health and wellbeing. Find more articles in my column Food for Your Soul.

My Interview on The Conscious Diva Podcast

Ego, Emptiness and Coming out of the Spiritual Closet with Claudia Roth

From the luxury of The Ritz Hotel, Paris to an Ashram in a magical forest in India, Claudia Roth talks about her roller coaster journey to the ultimate luxury destination: The Self – revealing how human consciousness craves soulful luxury.

At the height of her career, Claudia was a luxury hotel powerhouse.  On a business trip to India Claudia found herself unexpectedly at the Sri Aurobindo Ashram in Pondicherry. Armed at the time with the skills to sell luxury, she was perplexed by a life changing question: What is Your Purpose?

Claudia talks about how transformation is a slow process that deeply challenges us at the core of our existence. And shares how she transformed from ego warrior deeply gratified by her outer luxurious lifestyle, to pioneering International speaker acting as a bridge between the corporate and the spiritual spheres recognizing that inner luxury reveals the joy and beauty of life hidden beneath our conditioning.

Through her company, Soul Luxury, Claudia works with brands dedicated to the conscious evolution of luxury, wellbeing and hospitality. She is also the Co-Founder of the Healing Summit – an International holistic forum and retreat, and a Quantum Energy Coach. 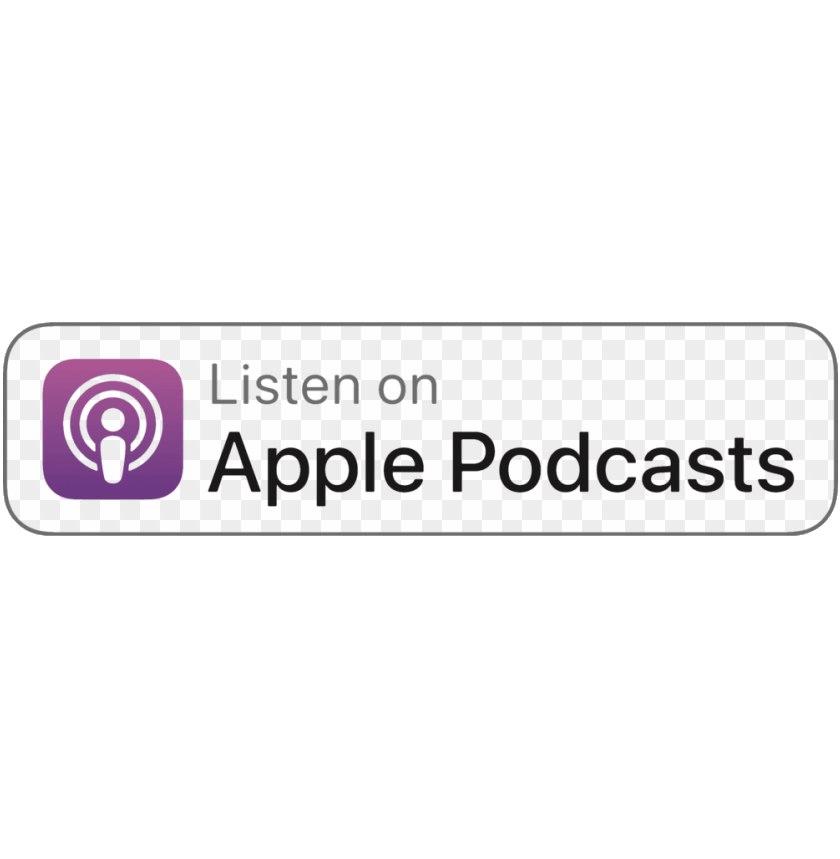 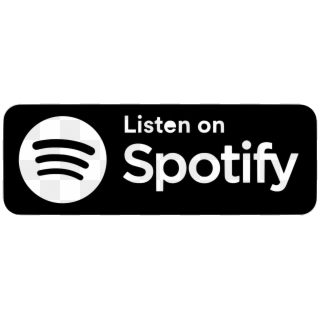 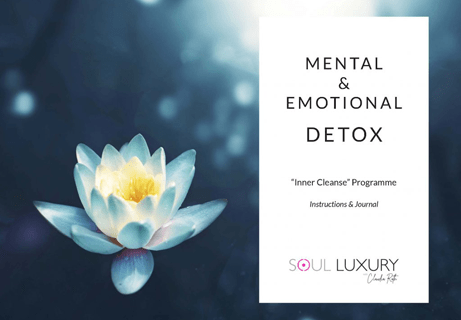 Next: What is Essential? Ask Yourself These Three Questions →